At least since the Rockerfellers in the late 19th Century, family office investment organizations in the United States have directed capital accumulated by older generations to fund new ventures and social causes that pique the interest of their offspring.

The Gastevich family, which began developing real estate in Indiana 45 years ago, has been investing early and often in cannabis corporations in the Midwest.

“A lot of family offices of the baby boomer age have children who are millennials,” explained Alex Gastevich, 29, whose family office is an early investor in Chicago-based multistate operators Green Thumb Industries and Cresco Labs. “Many are trying to get involved in the family business and are pushing their parents to get into this once in a lifetime opportunity.”

The family was introduced to GTI in 2014, through their attorney, Dina Rollman, who at the time was transitioning to become the company’s first chief compliance council. The family’s investment entity, V. Gastevich Investors, participated in multiple private venture rounds in the company.

Incidentally, GTI was co-founded by Ben Kovler, a Generation X investor and entrepreneur whose family have been longtime philanthropic and financial investors in Chicago. While Vastevich would not disclose how much his family invested, he said GTI, which now has nearly a $6 billion market cap, has generated more than a 10-times return on capital.

“They came on as early investors who saw the potential in Green Thumb and regulated cannabis and were willing to bet on a nascent industry when others wouldn’t,” said Rollman.

In 2018, the Gastevich family invested in Cresco before that company went public later that year. More recently, the family has invested in multiple plant-touching companies, including New York-based Ascend Wellness Holdings which owns dispensaries in Michigan and Illinois as well as a cultivation center in Illinois. Chicago-based leaf.trade, which develops supply chain management software for cannabis companies, is also in their portfolio.

Much about the industry has changed since the family first got involved, says Alex’s 28-year-old brother Nicholas Gastevich.

“Over the last five or six years the industry has legitimized itself,” he said. “We saw the advantage of operating in a regulatory oligopoly and had general confidence in the industry. Nowadays there is far more traditional financial analysis you can apply to these companies.”

After an industry-wide cannabis stock slump a year ago, market valuations are on the rise. This is particularly true for publicly traded cannabis companies based in the U.S. with significant holdings in states where licenses are limited.

With reduced competition and vertically integrated cultivation, production and retail, investors are betting on companies that own licenses and are capitalized to build out facilities in states like Illinois, New Jersey, and Florida.

Conventional wisdom for cannabis investors today, rightly or wrongly, says companies with operations in states with less limited licenses like Michigan are not as attractive. While that state in particular has a large and growing base of customers, reduced barriers to entry by the state combined with cumbersome municipal regulatory requirements makes it harder to make as much money.

In states newer to the cannabis scene like Missouri, investors ranging from family offices to venture firms are taking a wait and see approach as that state’s medical industry is just getting online. Nationwide, New Jersey and Arizona, where adult-use legalization was voted in last month, as well as Florida, are seen as the states with the biggest potential economic upside for local operators.

Beyond the financial rewards for investing in cannabis, the Gastevich family recognizes the medical and societal impact the plant can provide. Their father Vladimir used it to treat his nausea that came on as a result of chemotherapy treatments for a brain tumor in 2009. Although he passed away in 2013, their mother Dora, who was not a user growing up, also saw how it improved quality of life for her sister before she passed away from cancer.

“All of us are medical users and recreational users,” said Alex, who added that along with his 23-year sister Olivia, that, “his family is a three-generation household with a boomer, two millennials and someone from Generation Z.”

The family also recognizes the social and financial benefits of investing in minority-owned businesses that may emerge as a result of social equity provisions in Illinois and other states.

Of course, not every family with a financial or ideological interest in investing in cannabis has the focus and early start of the Gastevich family.

In most cases, family offices invest as limited partners to venture capital funds who have professional managers with an institutional understanding of a market and its dynamics. Investing in funds also helps to keep involvement of the family name in what remains a federally illegal enterprise on the down low.

“A bunch of folks are investing in cannabis through funds,” says Michael Gruber, managing partner of Chicago-based Salveo Capital, a venture firm focused exclusively on ancillary and plant-touching companies in the cannabis sector. “For the large part, many have been silent and have gone to great lengths to hide their involvement.”

Ultimately, says Gruber, family office investors are sensitive to reputational and legal risk while at the same time have the resources to deploy dollars to sectors that generate outsized returns for a period of time. His firm, which has family offices as limited partners, has dozens of mostly tech-based portfolio companies, including Chicago-based companies Fyllo (advertising compliance software) and Equilibria (CBD personalization technology).

“It’s a complicated industry, so unless you put a lot of time to put into it and are willing to do things yourself it makes sense to invest in a professionally managed fund,” he said.

Alex Gastevich says that although he recognizes great opportunities to invest in funds, the family prefers to go direct. Six years and bountiful returns into the adventure, they are stepping out to raise their profile and signal to cannabis entrepreneurs with the right mix of licensing and innovation that they are ready to get out their checkbooks.

“We bridge the gap between venture capital firms and silent angels,” said Gastevich. “We are not looking to have a board seat, are dialed into the space and can write decent-sized checks.” 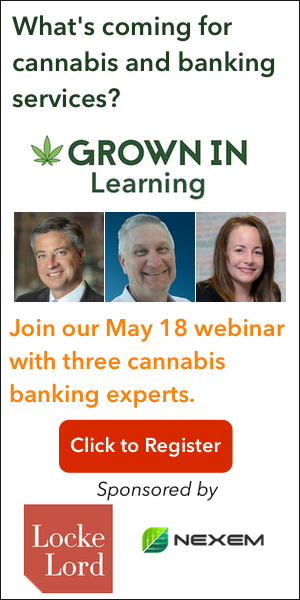